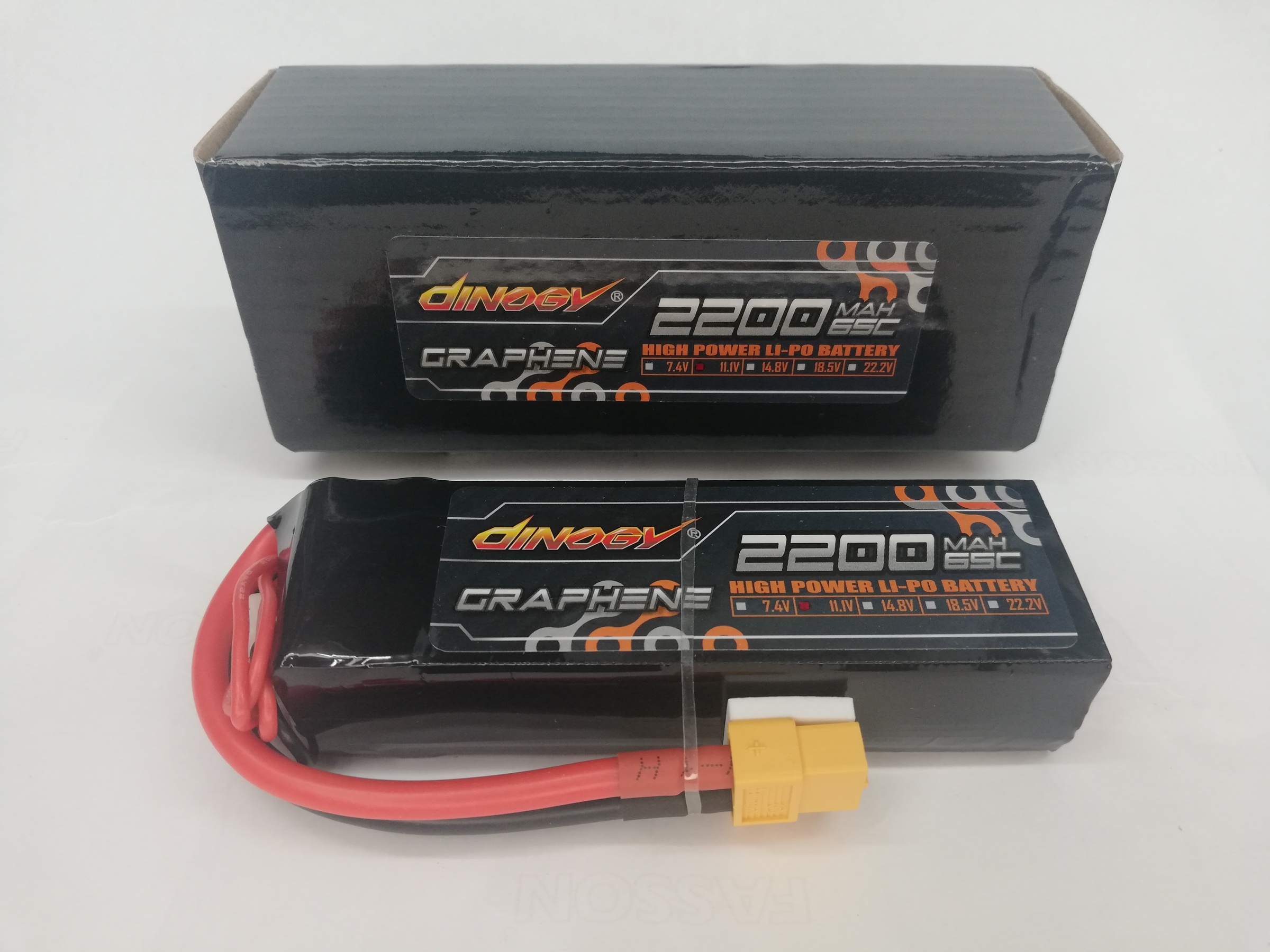 The name synonymous with performance, reliability and innovation is excited to release a powerful new battery chemistry in the Dinogy Graphene!  Recently discovered in 2004 by 2 scientists, the discovery even won them the Nobel Prize for Physics in 2010.

What does this really mean for you? Well not only do Graphene batteries go harder for longer but they're unlike anything you have seen or used before.

The result is a battery capable of maintaining greater power output whilst remaining much cooler under load.  Since heat and resistance are the natural enemy of batteries Graphene chemistry has significantly reduced these problems and the result is an incredible boost in cycle life.

Dinogy Graphene batteries are the new standard for serious hobbyists who require POWER ON DEMAND.
with 65C Constant on tap, 130C on BURST!!!

This size will fit most tanks, it is smaller than the standard HL yellow Ni-Cd or black Li-Ion battery.
other sizes are available.
This is the 3S or 12V, most suitable for modern MBT, and please make sure your board is capable to handle 12v.
Suitable for: